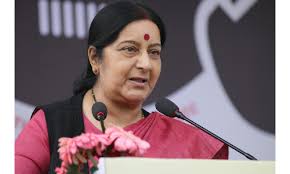 BMS Welcomes the Wage Code Presented in the Parliament

The Code on Wage, 2019 presented in the Parliament can be termed historic and revolutionary since the last worker in the unorganised sector in India is going to be benefitted by the minimum wages and other wage laws under the Code, said Saji Narayanan C.K., National President, BharatiyaMazdoor Sangh (BMS).

At present, only nearly 7% of total workers have any benefit of wage laws. The present major shortcomings to the wage laws have been rectified in the Code viz. lack of universal application, applicable only to certain scheduled sectors, different wages for different sectors and for different jobs etc. The Code has removed the old system of scheduling of sectors for minimum wages.

The definition of employer includes those who employ labour directly or indirectly; which benefits contract labour, supply chain workers etc. Revision of minimum wages is made compulsory within five years where as now it is being postponed for several years. The code prohibits gender discrimination even in recruitment and conditions of employment. The advisory body has been given responsibility to give thrust to the employability of women workers.

The Code provides that the employee will not suffer due to the employer not contributing to EPF, ESI or other funds. At present if employer do not pay contribution to ESI, EPF etc. in time, worker loses the benefits of such schemes. Payment of wages through Banks provided in the Code will bring transparency. Workers and Trade unions are given the right to file criminal complaints which the old laws did not provide. Rent, conveyance and overtime allowances are included for payment of wages, thus expanding the concept of wage.

Wage claim can be filed within 3 years raising from the present 6months.Hence worker will not lose his claim due to any delay on his part.

Calculation of minimum wages according to established principles laid down in 15th ILC, Supreme Court Decision in Raptakos Brett case and later suggestions etc., will be done by a tripartite Committee including trade unions repeating the practice as per the existing Minimum Wages Act. Another tripartite Advisory Board also will look into such fixation. So Government cannot arbitrarily decide.

There are some provisions of the old law which need to be improved in the new Code. Since the Labour Code on Wage has already undergone the scrutiny of Parliamentary Standing Committee, it should be passed by both houses at the earliest so as to benefit the 50 crores of needy workers in the country, said Saji Narayanan.

BMS has conveyed to the Government its serious objections on some of the provisions of Labour Codes, which are to be rectified before they are placed before cabinet or sent to parliament, said Saji Narayanan C.K, President,  Bharatiya Mazdoor Sangh (BMS). BMS urges the Government that any exercise in shaping the destiny of the nation should not be done casually without considering the far reaching ill effects. Spirit of synergy as proclaimed by the Prime Minster should not be lost while reforming labour laws. Out of the four Labour Codes, “Labour Code on Wages” and “Labour Code on Social Security” have been hailed by BMS as historic and revolutionary, since for the first time the last worker in the country will be benefitted by them. At present only 7% of the total working population has any benefit like minimum wages or social security coverage.

Regarding the first two drafts of the Labour Code on Social Security brought for consultation, BMS has objected some of the provisions as anti worker during consultation. The third draft was totally rejected by all the trade unions and asked the Ministry of Labour to redraft the second draft considering the objections. Major objections are as follows:- ESI, EPF and other six central welfare schemes which are working well at present, should not be dismantled and merged with the new unorganised sector scheme and fund, because the ESI and EPF amounts will be depleted easily within a short time. Government should subsidise social security for the unorganised sector. BMS also has opposed privatisation of huge social security fund, because MNC insurance and PF companies will siphon the funds to risky share market and also towards their high premium and service charges. The Code also reduces trade union representation to a mere formality in the apex Council which is filled with bureaucrats. It is still not a comprehensive code as it has multiplicity of funds, organisations, welfare schemes etc. Employer is still made liable personally for some of the benefits like occupational diseases, funeral benefit etc.

BMS has rejected totally the controversial Industrial Relations Code as it will only create jungle law in industrial sector. Many of the existing workers’ rights are being curtailed, like Government deciding the criteria of office bearers of trade unions, restricting the right to strike, allowing arbitrary dismissal of workers, excluding apprentices, raising the exclusion of Chapter VB from 100 to 300 workers and the like provisions. It blindly adopted the failed Rajasthan model reforms.

The fourth law, Labour Code on Occupational Safety and Health, and Working conditions (OSH & WC Code) has not taken care of many of the burning issues while codifying the laws like Contract labour Act, Factories Act, journalists law, transport workers law etc. The safety provisions are diluted in many units. The code covers only a section of workers and puts threshold limits on coverage, which is against the spirit of Codification. Trade unions are not properly represented in the Safety Board. Inspector system is withdrawn and is replaced by facilitator which is against ILO mandate. Provisions on working hours, leave and allowances are diluted. There are innumerable laws related to working conditions that are omitted from its ambit.

Hence BMS demands the Government to immediately consult the Trade Unions in the spirit of synergy and rectify glaring defects before any further step is taken on labour law reforms, informed Saji Narayanan.